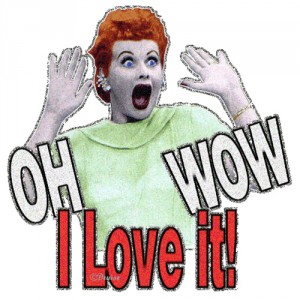 Why customer reviews come with responsibilities.

Businesses have understood the power of client testimony for years and now that the various forms of self-publishing, such as social media, blogs and review sites, are so easily accessible it has never played such an important role in marketing. Of course, often with anything that gets results comes abuse.

Today I read with interest, an article about how regulator, The Competition and Markets Authority (CMA), is clamping down on how reviews are both generated and displayed. This focuses on a number of issues but predominantly fake reviews, non-disclosure of paid-for reviews and censorship of reviews.

It’s all a bit of a minefield really.

Fake reviews are rife; people asking friends and family (and pretty much anyone else) to write reviews and post them on sites such as Facebook, Trip Advisor, Google+ etc or even fake reviews produced on an industrial scale and flooding the internet. An SEO specialist once told me that it was common practice in his organisation to create e-mail addresses so that they could post the genuine reviews their clients had received online. Not entirely fake per se but definitely crossing a line somewhere!

On the flip side of the coin you have fake bad reviews – companies out to besmirch their competitors or plain old spammers out to wreck reputations for the fun of it. Have you ever had a 1 star review on Facebook from someone you’ve never heard of from another country? That’s the kind of thing that happens and often leaves people begging everyone who knows them to leave 5 stars to bring the average score back up again.

Checkatrade, Trustatrader and Most Recommended Care are all sites that have been taken to task by the CMA for not properly ensuring that the reviews they feature are genuine.

The CMA also took a dim view of sites that fail to disclose where reviews have been sponsored or paid for in some way because that’s very pertinent to the consumer so they can make an assessment on any vested interest they have. I know a blogger friend of mine has been asked to produce sponsored posts and not be open about the fact that a fee was involved (being the ethical blogger that she is, she declined to work under those terms).

Carehome.co.uk and Care Opinion were pulled up by the CMA for censoring reviews; only allowing positive ones to be posted on their sites – an economy of the truth that can have potentially dangerous consequences when you consider these sites help people decide on care providers for their family members (and they definitely want a balanced view).

Is faking it really that bad?

Fudging your reviews in whatever form it takes is at best bad practice and at worst illegal. The cases uncovered by the CMA have had to take remedial action, Amazon has sued traders who flouted the rules and the Advertising Standards Agency can force companies to withdraw any advertising that fails to adhere to its ‘legal, decent, honest and truthful’ regulation.

As marketers, we have a responsibility to use reviews responsibly. User generated content is deemed infinitely more credible than anything a company can say about itself with 95% of us consulting and being influenced by reviews as part of our shopping process. 80% believe that the reviews that they read online are genuine. To be caught out faking it could result in serious damage to both brand and reputation.

So, how should we use reviews?

Despite all this bad press, reviews should definitely continue to form an important part of our marketing strategies, we just have a responsibility to be honest. Generating reviews will be a different process for different kinds of companies, depending on the kind of relationship you have with your customers. Those who work closely with a small number of high value clients should have the kind of relationship where they can ask for them in person, higher volume transactional sales may need to rely on automatically generated feedback requests or similar and others will fall somewhere in between.

Best practice dictates that reviews should always be genuine, ideally attributed to the provider (though some prefer to remain anonymous), always reproduced with permission and representative of the whole sentiment of what they’ve said (quotes and sound bites can be extracted but they should reflect the entirety of their testimonial in spirit).

If feedback has been received via another method and you post it online, make that clear. If you have offered some kind of incentive for reviews, make that clear as well. If you get a bad review, don’t delete it – you can build brand integrity by demonstrating how you deal with complaints via a public forum.

Chances are, if all your reviews are 5 star, contain nothing but glowing praise and sound like they’ve been written by a Hollywood screenwriter you’ll probably find that most will subliminally believe them too good to be true anyway. In short, keep it real!

If you would like help creating a genuine customer review strategy, call me on 01924 820273 or complete my contact form.