Back to nature for my profile pics

Not so long ago I had some new profile photos taken. They were done via a Forward Ladies event so there were a number of us there, each taking a turn to sit awkwardly and attempt to look professional/young/slim/attractive (I reckon I definitely pulled off professional!). They were nice and I had lots of positive comments about them on my Facebook page but while I felt they were great for quite formal use, I didn’t feel that they reflected the creative nature of what I do (difficult, given the environment in which they were taken) and so decided I needed some more that were still professional but less formal and a bit different.

I came across a photographer, Megan Hartley, on Facebook and she seemed to approach things a little differently. Megan is just 18 years old and still a part time student whilst building up her photography business; she’s young, enthusiastic and full of new ideas. She suggested that we take some outdoor shots that would be more natural and I agreed that would be much more aligned to my brand and a good way to create an alternative to the formal shots I already had.

In marketing we strive to project a consistent brand image. While 10 years ago a brand identity was very much represented by a company’s logo, today it’s much more about the people behind the company. The rise in social media and blogging has resulted in the humanisation of businesses. Written communication across many platforms now comes from the mouths of individuals, and not just a faceless entity and therefore the personal profile images that accompany them are more important than ever in representing who you are. While I clearly want to be perceived as professional, I also wanted to get across that I’m a creative and show a little bit of my personality as well. Hopefully that’s what these new profile photos achieve.

Snakes, drugs and coppers: the perils of ‘on location’ photo shoots!

Apparently you have to suffer for your art: we took the photos last week on some waste ground where, Megan assured me, was always quiet. I think abandoned was a moreappropriate word! During an experience that could not have been more different to posing in the cosy meeting room of my first shoot, I fought my way through brambles, almost stepped on a snake (I SWEAR it was a snake!) and found a very unsavoury spot of used needles. All the while closely monitored by West Yorkshire Police, hovering overhead in a helicopter (presumably they concluded that anyone up to no good in a field was unlikely to be wearing a bright orange top and screaming like a girl at grass snakes?). Despite all this, or possibly because of it, we got some really nice shots that were less posed, more natural and much more me. (Though I did wonder why she’d sent a load of photos over of some old plump bird with wonky teeth dressed in my clothes before reaching the sad conclusion that it was in fact me!). 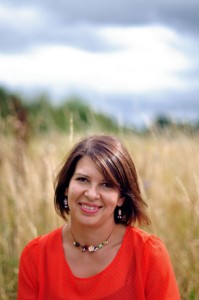 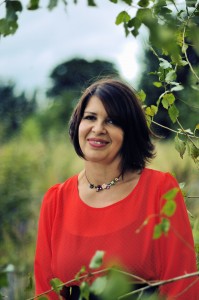 I think the conclusion here is that sometimes you have to try something different. Would I have ever thought of having photos taken on an overgrown, reptile infested drug den? Clearly not but I think it worked out pretty well. Don’t get me wrong, I’m still not 100% happy with them but I think the common denominator here is, unfortunately, me: not sure there’s much I can do about that one! 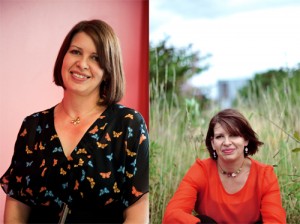